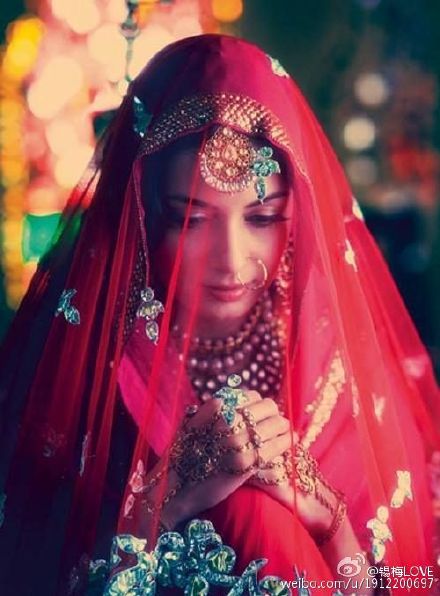 A fashion week is a fashion industry event, lasting approximately one week, wherein fashion designers, brands or “houses” display their latest collections in runway shows to buyers and the media. Most importantly, these events let the industry know what’s “in” and what’s “out” for the season. Although there are a lot of notable fashion week all over the world, but there are only four shows as we known as “The Big Four” New York, Paris, Milan, and London.

There are primarily two kinds of shows: womens wear and mens wear. There are also shows particular to each location. For example, there are “haute couture” shows in Paris, and in New York, there are “resort / cruise” and Bridal shows!

Wedding fashion of the  world! 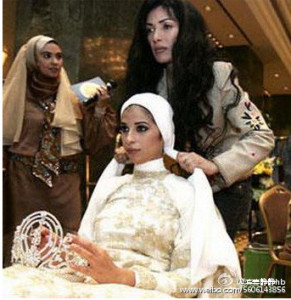 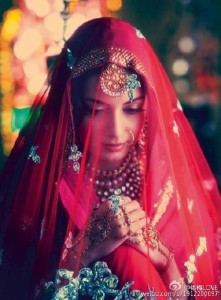 The main wedding day is less eventful than the preceding days. The bride typically wears a bright-redghaagra, a heavily pleated skirt with a long blouse embroidered in gold. The dupata is hung low over her bowed head and wrapped around her shoulders in such a way that her heavy gold jewelry is not hidden. This outfit is the most elaborate of all the ones the bride will wear. 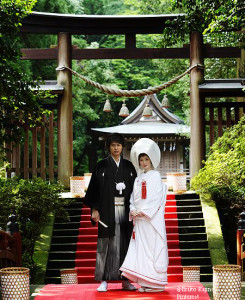 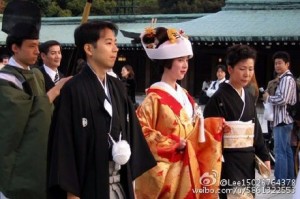 Tsunokakushi is a traditional headwear worn in Shinto wedding ceremonies in Japan.

Tsunokakushi is a rectangular piece of cloth, which covers the bridal high topknot called Bunkin Takashimada, a kind of Mage, Japanese traditional topknot. It’s often made of white silk.

This is traditionally worn to veil the bride’s horns of jealousy, ego and selfishness. It also symbolizes the bride’s resolve to become a gentle and obedient wife. 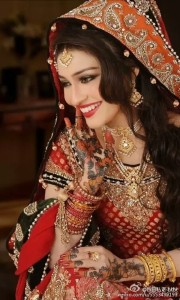 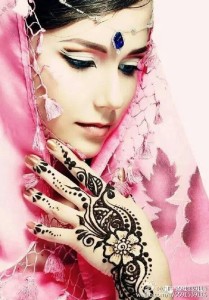 According to Hindu tradition, the wedding ceremony is mainly held at the bride’s house or at a banquet hall on the eve of the marriage ceremony or few days before the marriage. Generally the bride and groom attend the event together and on the occasion a professional mehndi artist or a relative applies mehndi to the bride’s hands and feet. The designs are very intricate. Often hidden within the mehndi pattern the name or initials of the groom are applied. The event generally has a celebratory festival feel to it with the women dancing and singing traditional songs and the girls wearing vivid colors such as hot pink and yellow, often if the bride to be wishes to tease her future groom she will make him wear purple. The groom usually wears jutti instead of western footwear. 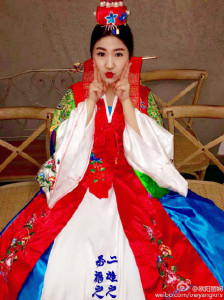 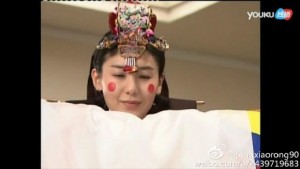 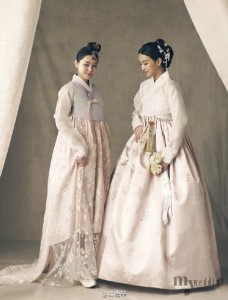 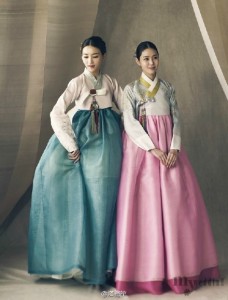 In traditional wedding, brides has a 2 red dot on her their cheeks. Those red dots are called yeonjigonji and there are several different theories about what they represent. Some think the red dots represent the women’s status as a virgin, as a chaste girl would have naturally flushed and ruddy cheeks. Historically, women who were marrying for the second time would not have the red dots put on their cheeks, as they were no longer virgins. Also, red is just a lucky color in many Asian cultures. Some say red will keep away the devil. Finally, red represents yin (woman) and dark blue represents yang (man). So when the bride and groom wear read and blue respectively, they are showing the balance in life. 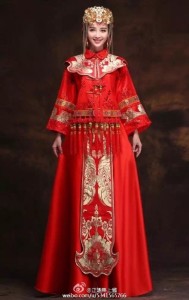 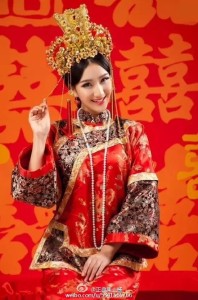 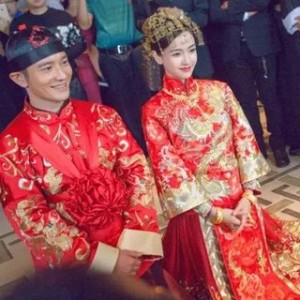 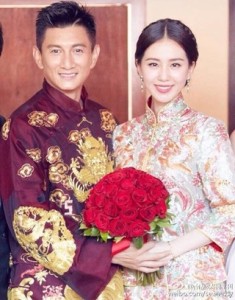 In China,  Red is the most prominently used color in Chinese wedding dress. Red color is considered as the symbol of love and prosperity; hence most of the dresses include red as their base color. Even the candles, flowers, ribbons and fireworks, all used in red.

Traditionally wore wedding dresses for both men and women include Chengasm with dragon and phoenix design. Dragon is the symbol of power and is worshipped by Chinese since ancient time. The combination of dragon and phoenix symbolizes the balance of male and female power. Black silk coat decorated with dragon robe is the typical wedding dress for groom. Most of such traditional dress designs are believed to be inherited from the time of Qing dynasty which has been the last dynasty of China. 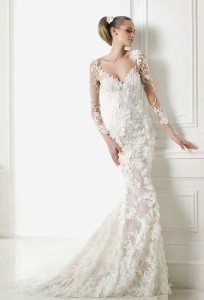 Time of the Bridal Fashion show: