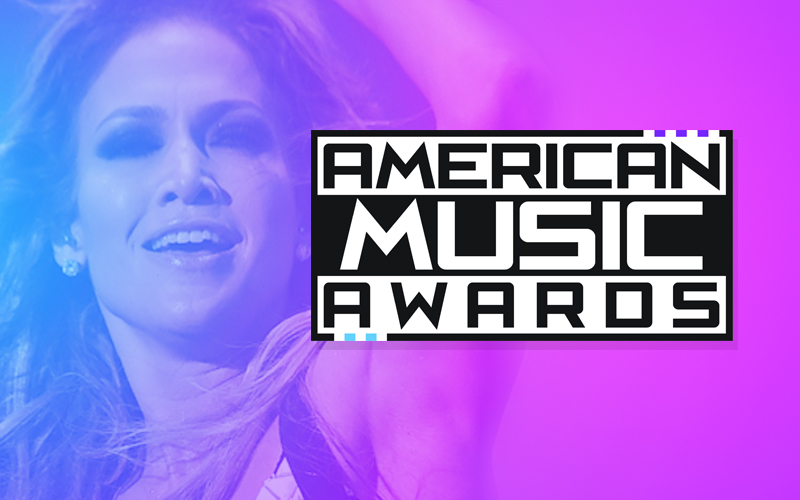 On Sunday, the biggest names in music industry today gathered together at Microsoft Theater in Los Angeles for the American Music Awards. With Jennifer Lopez as the host of the night, the show awarded artists for their work, as well as providing some memorable moments from the night.

The biggest award of the night — Artist of the Year — was won by One Direction, who beat out the likes of Ed Sherran, Taylor Swift, The Weeknd and Maroon 5 for the award. The British band also won the first award of the night: favorite pop rock duo or group, which marks the third consecutive time they’ve won the award.

Host Jennifer Lopez kicked off the show, asking “Do you want to dance with me?” before showing off her dance moves as she danced along some of the year’s most popular songs. While the crowd seemed to be loving it, Nicki Minaj didn’t seem to be impress with Lopez when she was dancing on her song “Anaconda,” as she could be seen looking bored and not impressed during J-Lo’s performance. 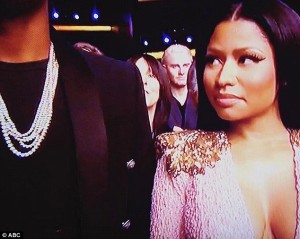 In an attempt to clear out any rumor between her and J-Lo, Nicki sent out the following tweet to explain what was happening:

“lol says what all? I’m looking at my own face on the screen when I’m looking to the right. I turn Bak & look @ her”

Taylor Swift took home three awards for Favorite Album-Pop/Rock with “1989”, Song of the Year for ‘”Blank Space”, and Favorite Artist- Adult Contemporary. Unfortunately, she wasn’t present at the show so we couldn’t hear her acceptance speech.

Nicki Minaj won Best Rap/Hip Hop Album with ‘”Pinkprint”, and Favorite Rap/Hip-Hop Artist. She used her opportunity to encourage people to take chances while they still can. “Please find your voice and find your purpose before it’s too late.” She also took the time to thank the AMA and her lover/collaborator Meek Mill. 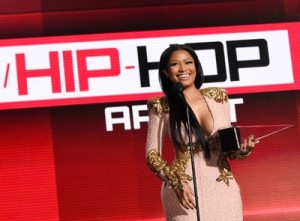 Ariana Grande won the award for Favorite Pop/Rock Female Artist, and she gave a shout out to her Nonna, who made sure to vote for her granddaughter. She thought Grande would win, and she did. Nonna is the best. 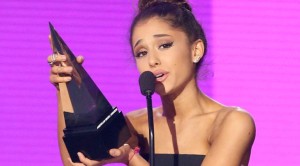 Of course, the AMA wouldn’t be complete with performances. Five Seconds of Summer, Selena Gomez, Carrie Underwood were among the performers who brought down the house. Meghan Trainor and Charlie Puth took the stage to perform their hit “Marvin Gaye” and after an amazing performance, they celebrated by making out on the stage. That’s one way to celebrate a great performance. 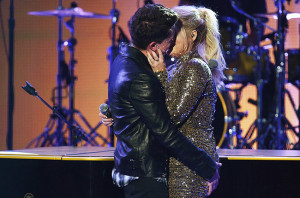 That, of course, wasn’t the only highlight from all of the performances for the night. Nick Jonas, who is no longer known as one half of the Jonas Brother, performed his biggest hits include “Chains,” “Levels” and “Jealous.” And if that wasn’t enough, he brought out a choir. Are you not entertained? 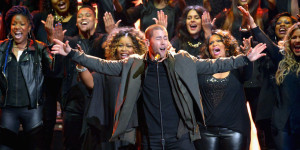 It might not be Thursday or Friday, but Alanis Morrissette threw it all the way back to 1995 with a performance of “You Oughta Know,” along with Demi Lovato, who was only 3 years old when the song came out. It didn’t matter though, as they still put on a show and the crowd went crazy for it. 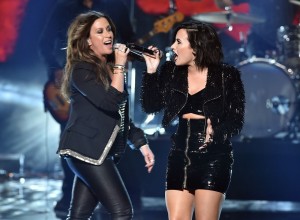 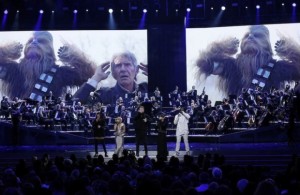 Despite all the excitement throughout the night, the AMA took the time to pay tribute to the victims of the Paris Terror Attacks. It began with Jared Leto introducing Celine Dion with an emotional speech. “France matters. Russia matters. Syria matters. Mali matters. The Middle East matters. The United States matters. The entire world matters, and peace is possible.” Said by Leto. Celine Dion then performed “Hymne a L’amour” by Edith Piaf in French. A great speech by Leto and an emotional performance by Dion which brought solidarity and unity. 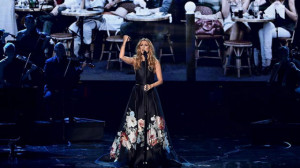 The show concluded with Justin Bieber as the final performer of the night. Bieber closed the show with an acoustic version of “What Do You Mean,” then finished with “Where Are U Now” and “Sorry.” He made it rain during his performance for “Sorry,” as rain shower poured down on him. Could it be a way for  Bieber to say that he washed his sins away?

Overall, it was a great show with some great performance, and there should be a lot for people to talk about in the next few days and weeks. The Celine Dion performance was definitely the biggest highlight for me. Paying tribute with music is always the best way to do it, and I am glad to see it happen on AMA. Not that I would be upset if it didn’t happen, but it was a nice gesture from AMA and I am happy about it.